From Patient to Entrepreneur, CEO of AI-empowered diagnostic company is boosting early detection of Diseases 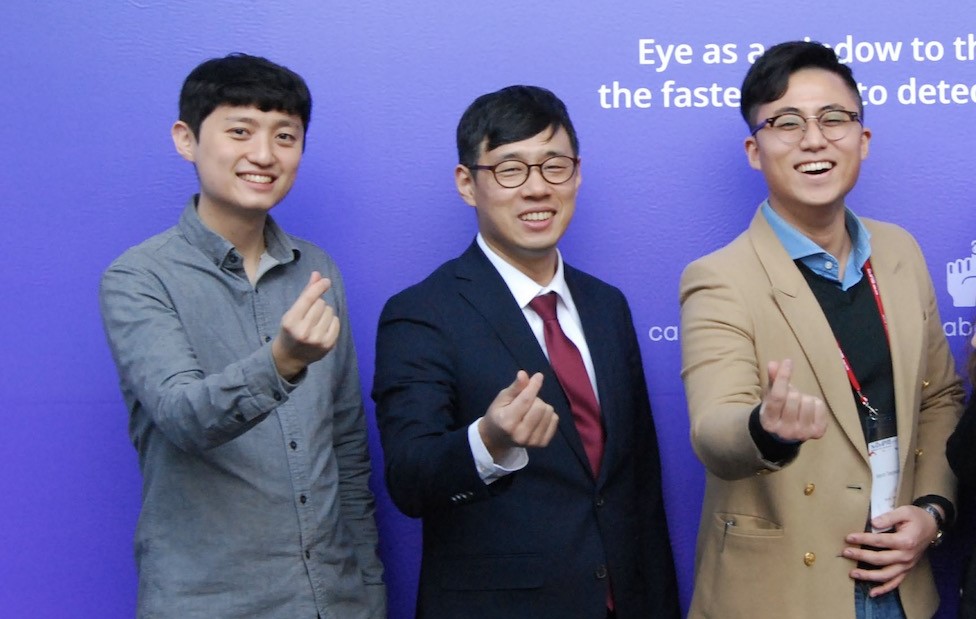 Mediwhale, the AI-empowered health diagnostics company based in South Korea, made waves in the United States when its scientific teams spoke at three U.S. conferences focused on cardiovascular and kidney health.

Mediwhale’s journey began in 2016 when the co-founders met under unfortunate circumstances. Kevin T. Choi, a recent graduate student, was diagnosed with advanced glaucoma at age 24. The diagnosis came too late, and Choi lost nearly 40 percent of his vision. Choi decided he would do something to prevent others from receiving late diagnosis and thus launched the mission of Mediwhale.

He was a patient of Dr. Tyler H. Rim, a vitreoretinal surgeon, and accomplished researcher. Dr. Rim treated Choi to the best of his ability, but the late diagnosis gave the disease an insurmountable head start. Both Choi and Dr. Rim suspected they could make a difference and shifted their focus to their shared strong interest in using machine learning to aid prevention. They were determined to advance the non-invasive technology and bridge the healthcare gap between medical professionals and communities by enabling individuals to learn their health risks early.

Co-founder and CEO Kevin T. Choi said, “We are very excited to bring our innovative products to the United States, as they represent an opportunity to provide affordable, accessible and accurate preventative care to improve the health of over 300 million people. Our products are non-invasive, which means patients avoid both radiation risk from CT scans and the inconvenience and discomfort of blood tests. Our products are used right in the family doctor’s office, removing the need to visit a specialist or hospital and are easy to use for healthcare professionals.”

Reti-Intelligence uses deep learning algorithms to detect disease risks even before symptoms appear. It leverages non-invasive retinal scans combined with extensively trained algorithms to diagnose disease conveniently for both patient and physician. The eye is the only organ in the body where blood vessels are directly seen without any invasive procedures.

Mediwhale is focused on cardiovascular (Reti-CVD) and kidney (Reti-CKD) health. The accuracy and dependability of Reti-Intelligence already have resulted in approvals in Asia and Europe. Reti-CVD predicts future cardiovascular disease risk as accurately as a cardiac CT and Reti-CKD scans yield better risk prediction outcomes than traditional blood or urine tests. Since its initial approvals, the algorithms have been further refined, with its deep learning based on over 500,000 global data sets and growing.

Leading up to its FDA approval process, Mediwhale presented findings from its Reti-Intelligence suite of diagnostics solutions that combine a simple scan of the eye’s retina with sophisticated AI to detect major health issues. In November, Mediwhale presented at the American Heart Association (AHA) gathering in Chicago, the American Society of Nephrology’s (ASN) Kidney Week in Orlando, Fla. and the hospitals meeting with HeartX in Little Rock, AR, a biotech accelerator to grow startups focused on cardiovascular innovation.

Reti-Intelligence uses a simple fundus camera to capture images of the eye, and then within one minute the AI algorithm provides the disease risk assessment. A general practitioner can perform the retina image capture and if high disease risk is detected, the patient can be referred to a specialist for additional testing. Initial assessment by a family doctor can save patients both money and time, with wait times to see specialists often exceeding a month. Early detection is key in averting a potentially irreversible health problem.

Mediwhale plans to enter the US market, pending FDA approval expected to come by the end of 2023. The ability to diagnose cardiovascular disease (CVD) risk is especially needed in the U.S., where CVD is the leading cause of death for Americans. The benefits of Reti-CVD drew attention from the American Heart Association where Mediwhale’s Chief Medical Officer spoke on November 7. In addition, Mediwhale was one of just five companies selected for the new cohort of HeartX and five hospitals agreed to bring the lifesaving Reti-CVD to their institutions to begin clinical studies screening patients. Kidney health, another major health issue in the United States, will also benefit from Mediwhale’s offerings. The Reti-CKD technology is believed to be the first of its kind using AI retina scans to assess and predict kidney health.

Mediwhale is growing with the backing of investors from around the globe, including in the US. The next round of funding is expected to close this quarter and will provide resources to continue expanding into new territories in 2023.